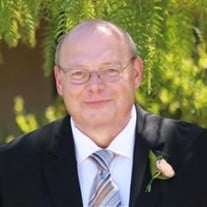 William Charles Neumaier, age 67, of Trail Creek, IN, formally of Dyer, IN, passed away on Friday, December 4, 2020. Bill was born July 13, 1953 in Knox, IN, to Harry R. and Doris M. Neumaier. Bill grew up in nearby North Judson, IN, where he lived until moving with his family to Tampa, Florida. There he graduated from Chamberlin High School before returning to Indiana with his family. The family purchased a home in Highland where Bill lived until joining the United States Marines in 1976. He served until 1980 achieving the rank of Staff Sargent. Upon his return to Indiana, he was hired as a Police Officer for the Town of Dyer, Indiana. He served the citizens of Dyer for over 20 years, retiring in 2001 with the rank of Sargent. After his retirement from the Dyer Police Department, Bill continued his career in law enforcement, by later working as a Correctional Officer at the Indiana State Prison in Michigan City, until his recent illness and death. While he was with the Dyer Police Department, he met and married his wife of 32 years, Deborah, who preceded him in death. Bill and Deborah had two sons, Brian (Lauren) and Michael who survive along with his parents, Harry and Doris. In addition to his sons and parents, Bill is survived by his siblings, Robert, David, Mary, Joseph and Cheryl along with numerous nieces, nephews, and cousins. In his free time, Bill enjoyed watching documentaries and western movies. He loved spending time with his family; they would often take car trips together to visit local buffets and restaurants. Bill will be laid to rest in the town where he grew up, North Judson’s St. Jacob Cemetery following a Mass of Christian Burial at Saints Cyril and Methodius Catholic Church, 303 Keller Ave., on December 29th at 10:00 A.M. with the Rev. Father Terrence Bennis officiating. There will be visitation, at the church beginning at 9:00 A.M. Due to Covid-19 restrictions, please maintain social distancing at 6 feet, and wear masks inside the church. Mass attendance will be limited to not more than 25.

William Charles Neumaier, age 67, of Trail Creek, IN, formally of Dyer, IN, passed away on Friday, December 4, 2020. Bill was born July 13, 1953 in Knox, IN, to Harry R. and Doris M. Neumaier. Bill grew up in nearby North Judson, IN, where... View Obituary & Service Information

The family of William C Neumaier created this Life Tributes page to make it easy to share your memories.

Send flowers to the Neumaier family.