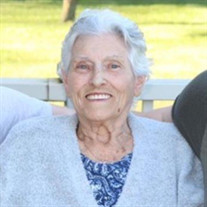 (Pearl) Ruth Rowe (88), of Winamac, Indiana passed away Tuesday morning, March 1st, 2022 at her home. Ruth was born to William and Susie Jane (Taulbee) King on June 6, 1933 in Jackson (Breathitt County), Kentucky. She was married to Floyd Carson Rowe on December 10, 1955. In 1949, Ruth went to Chicago on a bus with her sister Ruby to seek work. While living there, Ruth went on a blind date to see a live performance stage show called Julia Rosa with a man named Carson. That night she met the man of her dreams and the one she would spend the rest of her life with, Floyd Carson Rowe. Carson joined the Air Force in 1953 and was stationed in Alaska for 2 years. He was then transferred to Limestone, Maine. While on leave, Ruth and Carson were married on December 10, 1955 by a judge in Chicago. In 1958, they moved to North Judson, Indiana to live with family. This is where they called home and raised their family. Carson would always say he “wanted a Queen but got a King.” Ruth’s greatest joys in life were spending time with her family and serving her church. Ruth also enjoyed gardening, canning and cooking. She was known for her cornbread, fried chicken and hamburgers with steamed buns. Ruth gave her heart and life to the Lord in November of 1959, while at the Denham FWB Church. She was baptized shortly after, along with her husband and 17 others after having to cut through fifteen inches of ice with a chainsaw. At the time of her death, Ruth was the last remaining charter member of the Denham Freewill Baptist Church. She is survived by her five children: Freddie John Rowe of Salyersville, KY, Kenny Mack (Mary) Rowe of Salyersville, KY, Floyd Carson (Maryann) Rowe Jr. of Salyersville, KY, Kathy Lynn Wera of North Judson, IN and Ruby Ann (Rabion) Frasure of Winamac, IN; 10 grandchildren and 9 great grandchildren. Also surviving is her brother Paul King of Jackson, KY, sisters Dessie Londergan of Dayton, OH, and Betty Neace of North Judson, IN. She was preceded in death by her husband of 64 years, Floyd Carson Rowe, father William L. King, mother Susie Jane King, brothers William King Jr and David King, sisters Mary White, Ruby Tolson and Viola Dunn. Ruth had a tremendous amount of nieces and nephews and great nieces and nephews. Services will be held Sunday, March 6, 2022 at 1 PM CST with visitation from 10 AM to 1 PM prior, all at the Denham FWB Church. Ruth will be laid to rest at the Highland Cemetery in North Judson, Indiana following the services.

The family of Ruth Rowe created this Life Tributes page to make it easy to share your memories.