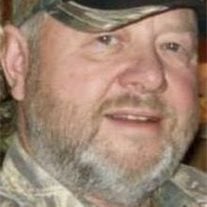 Robert D. Williams was born November 26, 1947 to Audrey J. (Kroft) and Donald D. Williams in Laporte, IN. Short years later, his only sibling was born, Larry D. Williams. Robert was best known as "Bob" to his family and friends. Bob attended high school and graduated in his home town, North Judson, IN. Throughout high school, he was known for having the best HOT-RODS and winning drag races. Shortly after high school, Bob proudly joined the United States Army National Guard in April 1966 and later went on to join the United States Army Individual Ready Reserve, where he graduated from Officers School in Virginia. Bob retired out of the Army with honors as a 1st Lieutenant in the Army Engineer Branch in 1982. He met his wife, Debra (Bradley), and they were married December 29, 1979 in North Judson, IN where they lived happily together for 38 years. They were blessed with four daughters. Cherity (Bernachi), Christel (Golubski), Casey (Tinnel) and Courtney J. Williams. Who later blessed them with 10 grandchildren and 4 great-grandchildren. Bob spent his life working as a mechanic and retired from Smith Ready Mix in 2014. In his leisure time, he raced at Shady Hill Speedway for 8 years and later worked at the Speedway in the tech line on Saturday nights. After retiring as a race driver in 1991, he then enjoyed being a crew chief and car owner for his daughter Courtney (C.J.) for 12 years. Bob always had a passion for waterfowl hunting. He spent many years helping manage and cook at the Kankakee Marsh Hunt Club. He often took his grandchildren duck hunting and to the Ducks Unlimited Banquets and National Turkey Federation Banquets. He was an active member for many years. Bob was always happy to lend a helping hand to many organizations. Such as, the American Legion Post 92, where he was active member as well. Bob was always working hard but time outside of work and leisure activies, he spent with his loving family. From going on holiday vacations to staying home spending quality time with his family, who were always at the top of his list. His friends were much like family to him. He was always making time for others, he never met a stranger. Bob started a coffee clutch at Brantwood Resturant, where he and his friends would gather every evening at 5p.m. for coffee, telling jokes and stories, which was one of his many great qualities. Everyone who knew Bob called him a "brother", "a buddy" and a great friend. He tried to make a positive difference to those he met, in a anyway he could. Bob was able to enjoy the Speedway one last time, Friday, September 1. On the early morning of Sunday, September 3, 2017, Bob was called home to rest. He passed away in his home in North Judson, IN with his loving wife, Deb, at his side. He was welcomed in death by his brother, Larry, Uncle Fred, Dad, Grand-dad and friends. Bob left an everlasting impression on all those he left behind. The work he done here on earth speaks for him and the love he shared with so many will keep him alive in our hearts forever. He will be deeply and truly missed. Please join us in Celebrating Bob's Life September 24, 2017 at The North Judson American Legion Post 92 from 2p.m.-8p.m. CST Family Eulogy at 4:00p.m. - 21 Gun Salute at 5:00p.m. Donations may be made directly to the family or at gofundme.com/nfeh5-bob-williams

The family of Robert D Williams created this Life Tributes page to make it easy to share your memories.

Send flowers to the Williams family.