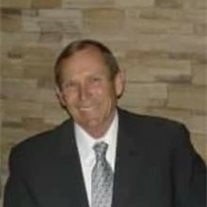 Michael J. Mathews, 70, died Friday, March 30, 2018, at IU Methodist Hospital in Indianapolis, Indiana. He was born March 28, 1948, in LaPorte, Indiana, to the late Bernard (Bud) Mathews and Alene Sramek Mathews. On September 1, 1973, he married Geraldine Collins at S.S. Cyril and Methodius Catholic Church, in North Judson, Indiana. Mike was a Veteran of the U.S. Army, serving in Germany. He retired from NIPSCO after 33 years. He also worked at the Grand Kankakee Hunt Club, and Kankakee Marsh Hunt Club for many years as a hunting guide and game processor of their hunting catch. Mike enjoyed the outdoors very much and spending time with his grandchildren. He hunted anything from deer, rabbit, squirrel, duck and pheasant, to mushrooms. He enjoyed yearly fishing trips to Ludington, Michigan, with his wife, two children, and five grandchildren. Mike passed on his love of the outdoors and wildlife to both his children and grandchildren. He enjoyed all sports, but especially loved college basketball and cheering on the Notre Dame Irish men's and women's teams. He is survived by his wife, 'Gerri' (Collins) Mathews, one daughter, Shannon (Brad) Whitaker, of Lafayette, Indiana, one son, Shane (Amanda) Mathews, of San Pierre, Indiana, five grandchildren, Aubrey, Aiden, Cooper, Colson, and Braxon, one brother, Brian Mathews, of Tucson, Arizona, and two sisters: Susan Chesak, of Florida, Margaret Spencer, of U.S. Virgin Islands. Visitation will be Friday, April 6, from 4-8pm at O'Donnell Funeral Home in North Judson. Funeral Service will be Saturday, April 7, at 11am, also at O'Donnell Funeral Home. Burial will be at St. Jacob's Cemetery.

The family of Michael J Mathews created this Life Tributes page to make it easy to share your memories.

Send flowers to the Mathews family.