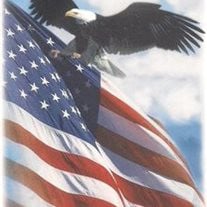 Ludwig Herman (Louie) Matzat, 93, passed away early Thursday morning, July 14, 2016, at Aperion Care in Demotte, Indiana. Louie was born to Ferdinand and Helena nee Redweik in Chicago, Illinois, on January 15, 1923. His family moved to North Judson soon after where they became farmers. Louie farmed with his father and brothers, Fred, Otto, Henry, Ewald, Harold, and his sister, Emma. He was an active member of St. Peter Lutheran North Judson, the American Legion Post 92, the Knox VFW Post 748, and with the Starke County Soil and Water Conservation District. Louie served in the U.S. Army--32nd Red Arrow Division--with distinction in WWII. He received a Purple Heart for wounds suffered and earned a Silver Star for valor. He was the sole survivor in his platoon. He married Dorene Wobith on January 28, 1950. He and Dorene made it their life mission to transport veterans to various Veteran Hospitals, as needed, for which they received a special service award from the American Legion for driving 365,000 miles in that endeavor he was named a Starke County Volunteer of the Year. Ludwig is survived by his wife, Dorene, and four children, Margie (Garry) Wickert, Terry (Carla Raffel), Rodney (Lisa Feldmann), and Barry (Susie Marsteller), and his sister, Emma, in addition to nine grandchildren and great grandchildren. In lieu of flowers and memorials, please remember with heartfelt gratitude to assist our Nations Service Men and Women or make a donation to St. Peter Lutheran Church or Lutheran Military Veterans and Family Ministries. Visitation will be from 2-6 PM CT Sunday, July 17, 2016 at O'Donnell Funeral Home, Inc., North Judson, Indiana and after 9 AM CT Monday, July 18, 2016 at the church. Funeral services will be 10 AM Monday, July 18, 2016 at Saint Peter Lutheran Church, North Judson, Indiana. Burial will be in the Highland Cemetery.

The family of Ludwig "Louie" Matzat created this Life Tributes page to make it easy to share your memories.

Send flowers to the Matzat family.