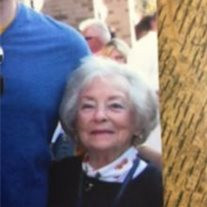 Obituary for Doris L. Ness Doris La Vergne (Chesak) Ness, 87, of North Judson passed away at 6:00pm on Thursday, November 10 2016 at Wintersong Village Healthcare Center in Knox, IN. Doris was born June 2, 1929 in Cicero, IL to Blanche and Otto Chesak. When she was three years old, her family moved to North Judson, IN. She graduated from North Judson High School in the Class of 1947. She met and married Charles (Chuck) G. Ness on May 6, 1950 and he survives. Also surviving are four children, Nadine (Mark) Pearson of Kokomo, IN, Bruce (Nancy) Ness of Sudbury, VT, Cathy (Gary) Bear of Lafayette, IN and Vicki (Dave) Howarth of Columbus, IN; seven grandchildren Aaron and Cara Pearson, Justin/Cameron/Zachary Bear, David and Jacob Howarth and six great grandchildren. She is also survived by one sister, Charmaine Calloway and many nieces and nephews. She was preceded in death by her parents and brother, Donald Chesak. Doris was a member of St. Peter Lutheran Church, being a charter member of The Artisans Society, Ladies Aid and Altar Guild. She also served in many volunteer roles within the church and schools that her children attended. Her favorite role was being a chaperone for the North Judson High School Band attending many band events. She was a member of the Extension Homemakers Club, a leader of the Merry Makers 4-H club, a leader in T.O.P.S., a member of the North Judson Public Library Board and a member of the Czechoslovakian Society of America. Doris loved spending time with her children, grandchildren and great grandchildren. Friends may call from 3-6 PM CT Sunday, November 13, 2016 at the O'Donnell Funeral Home, Inc. and after 10 AM CT Monday, November 14, 2016 at the church. Funeral services will be 11 AM CT Monday, November 14, 2016 at Saint Peter Lutheran Church, North Judson, IN. Burial will be in the Highland Cemetery. Remembrances are requested to be made to St. Peter's Lutheran Church – Sounds of Praise

The family of Doris L Ness created this Life Tributes page to make it easy to share your memories.

Send flowers to the Ness family.